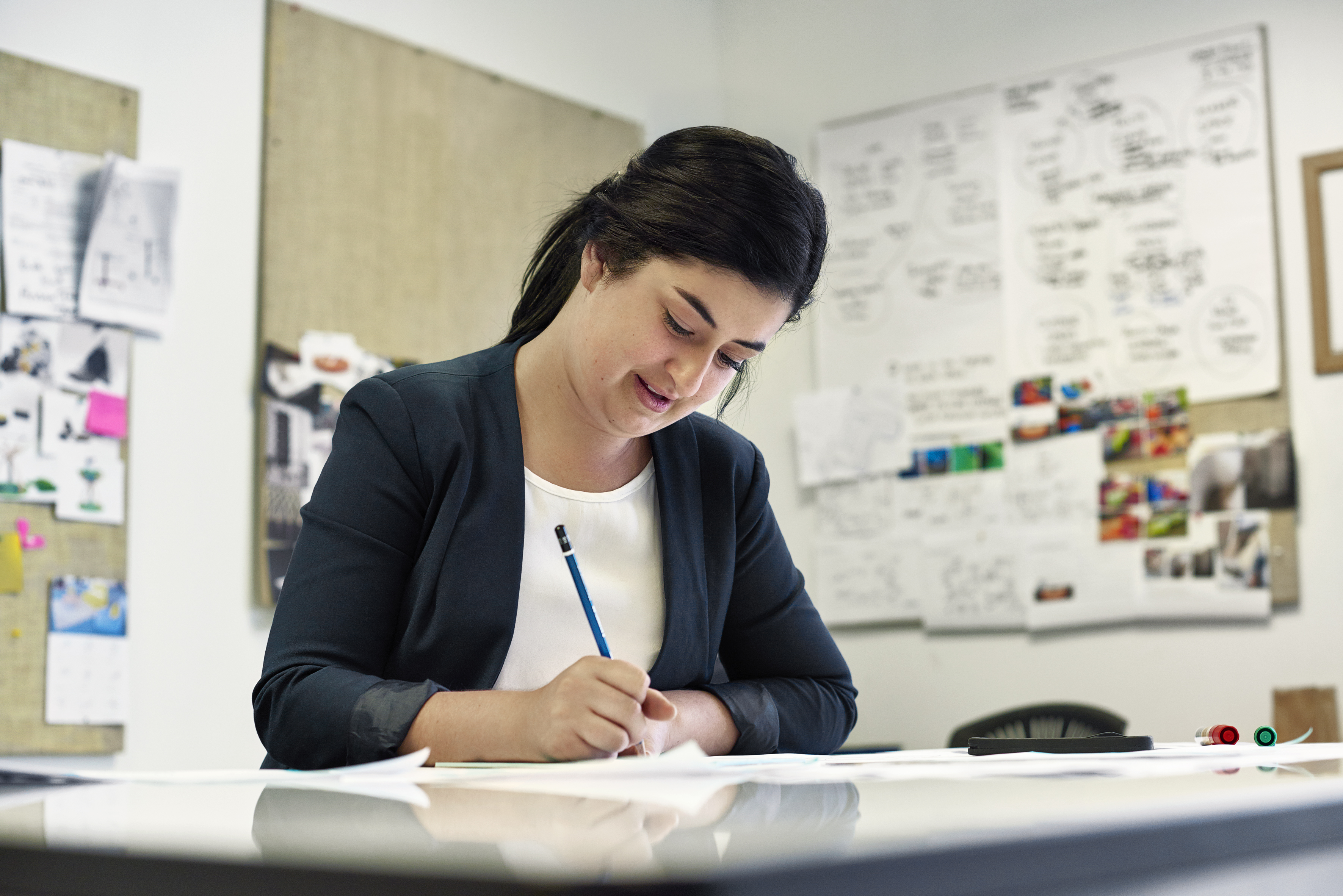 We are proud to introduce the following speakers

Dr Kristin Alford is a futurist and the Director of MOD. at the University of South Australia. MOD. is an immersive museum of discovery, a place to be and be inspired. Kristin leads a team of science communicators and designers developing immersive experiences to showcase research and innovation to young adults. This work has been recognized by a number of awards from the Asia-Pacific Network of Science Centres and the Australian Museums and Galleries Association. Prior to this role, Kristin was the founding director of foresight agency Bridge8, facilitating futures and engagement on water sustainability, nanotechnology, health, advanced manufacturing, clean technologies and climate futures for government, corporates and not-for-profits.

She is President of the Australia Science and Technology Engagement Network (ASTEN), a member of the global Future-Oriented Museums Synergies Steering Committee, the Inspiring South Australia Steering Group, and the Art & Culture Advisory Board for Lot Fourteen. Previously she has served on the board of Study Adelaide, The Australian Institute for Urban Studies, Annesley College Council and ANAT and the Advisory Board for the Australian Research Centre for Interactive and Virtual Environments (IVE). She was the inaugural licensee and host of TEDxAdelaide and lectured foresight and social change at the University of Adelaide.

Kristin has had various careers in engineering, human resources, strategy and product development for companies including BHP Billiton, Ansett-Air New Zealand, the Royal Agricultural Society of Victoria and Nanotechnology Victoria. She holds a PhD in process engineering from the University of Queensland and a Masters of Management in Strategic Foresight from Swinburne University. She is a graduate of the Australian Institute of Company Directors, a Fellow of the Governor’s Leadership Foundation and a member of the Association of Professional Futurists.

Juliet is the Chief Science Advisor to the New Zealand Prime Minister, Jacinda Ardern. Juliet trained at Oxford University and moved to Aotearoa New Zealand in 1993 where her career has included roles in both Crown Research Institutes and universities. Juliet’s research background is broad and interdisciplinary, with particular interests in fundamental and applied protein science. She has held an Industry and Outreach Fellowship with Callaghan Innovation, founded a start-up company, chaired the Marsden Council, served on the Board of Directors of Plant and Food Research, and is currently on the Board of Te Papa.

Since Juliet’s appointment in 2018 as the Prime Minister’s Chief Science Advisor, Kaitohutohu Mātanga Pūtaiao Matua ki te Pirimia, she has worked from a base of four founding principles: rigour, inclusivity, transparency, and accessibility. She has supported the science and science advisor community to provide advice to the PM, ministers, and the public on a wide range of topics, including advice on the Christchurch mosque shootings, the response to the Whakaari | White Island eruption, the Cannabis referendum, rheumatic fever and the COVID-19 pandemic. The Office has released three major reports, Rethinking plastics in Aotearoa New Zealand, The future of commercial fishing in Aotearoa New Zealand, and Kotahitanga - Uniting Aotearoa against infectious disease and antimicrobial resistance.

Prof. Jung Sun Kim is the current President of INWES. She is Executive Vice President of Dongseo University since 2019 and has held various leadership positions in academia, government committees and non-governmental organizations. She has a Ph.D. in medicinal chemistry and published over 50 papers in internationally peer reviewed journals.

Prof. Jung Sun Kim is the first woman to be appointed Vice President at her university and one of the few female leaders in higher educational institutions in her region. Her current work focuses more on academic administration and policy research on women in STEM. She was Director of the Busan, Ulsan Gyeongnam Institute for Supporting Women in Science and Technology (BIS-WIST), a Ministry of Science commissioned center, from 2009 to 2011; she developed the ‘small group support’ program which was to encourage the formation of small size networks among women in STEM. She has been involved with INWES activities since 2003 as a volunteer at first and then being elected to the Board of Directors in 2011, 2017 and again in 2020. She played a leading role in the formation of APNN, the first regional network of INWES in 2011. From 2014, she and her colleagues have initiated the international collaborative survey among APNN members; an annual report on the perception of gender barrier together with global gender indices have been published, 2014 to 2018. In April, 2019, she was conferred the Order of Science and Technology (Woongbi Medal) by the Korean government for her contribution to the international activities for women in STEM and to the national advancement of women in STEM.

Martyn Loukes is a Change and Communications Consultant working in the Automotive Industry, and Diversity and Inclusion speaker. He is best known for work in London creating the world’s first LGBT+ transport related public awareness campaign ‘Ride with Pride’.

Starting with London’s first rainbow crossing in 2014 and then going on to create unique campaigns that saw a bus, traditional black cab and overground train adorned with rainbow livery. By 2016 he added 48 traffic lights to London’s iconic Trafalgar Square in 2016 for Pride in London. He was Honoured by the late Queen for his work with a British Empire Medal in 2015 and was given Freedom of The City of London in the same year.

Martyn also introduced the first workplace HIV testing initiative at TfL, changed station announcements to be gender neutral and created the first BAME Internship programme focussed on increasing diversity in Communications before he left in 2017. He also created diversity projects locally that included a permanent rainbow crossing in his own London Borough for their celebration of culture in 2019.

Martyn continues to campaign for recognition and acceptance of LGBT+ diversity, most recently completing a short documentary in 2022 on the story behind London’s now widely recognised and lauded diversity traffic lights. He regularly speaks to many staff network groups and at events like this on why this makes a difference and to inspire others. This includes Women in Logistics, The Association of Project Managers, and to Retail and Construction Engineering Groups.

He now lives in Brighton working remotely for the world’s biggest automotive safety company, Autoliv based in Stockholm.

Dr Chandrika Nath is the Executive Director of the Scientific Committee on Antarctica Research (SCAR). Chandrika has over 15 years’ experience of providing scientific advice to policy makers with the UK Parliamentary Office of Science and Technology. She has briefed UK policymakers on a wide range of policy areas spanning environment, energy, security, ICT and international development. Prior to working for Parliament, Chandrika worked as a glaciologist at the British Antarctic Survey from 1998-2002. She has a keen interest in diversity and capacity building and has worked with parliaments and researchers across the world to support uptake of research evidence in policy-making. She has a PhD in High Energy Physics from Oxford University.

Imogen Rea is a Systems Engineer at Rocket Lab, working on the company’s new large, reusable rocket Neutron. She completed a Bachelor of Aerospace Engineering from Monash University and more recently, a Master of Systems Engineering (Space Systems) from the University of New South Wales. Imogen is currently a Director of the Space Industry Association of Australia, the national peak body for Australia’s space industry.

Imogen was previously employed by the Australian Government Department of Industry as a Strategy and Policy Assistant Manager in a range of areas including cyber security, critical technologies, and space. She was also an engineer on SouthPAN, a satellite-based augmentation system, at Geoscience Australia, which reduces GNSS accuracy to 10cm across Australia and New Zealand with applications in resources, transport, and construction.

Imogen is known for her diversity and inclusion advocacy efforts, having been awarded the Vice-Chancellor’s Diversity and Inclusion Award in 2017, and for her contributions to Geoscience Australia’s Athena Swan Bronze Award in 2019. She is passionate about inspiring the next generation, having served as President of the Australian Youth Aerospace Association from 2016-2017. Imogen is currently representing Rocket Lab as a Space Ambassador where she supports outreach activities in schools.

Latasha is a Principal Engineering Geologist and National Service Line Leader of the Engineering Geology Team at WSP in New Zealand. Her work over the past 12 years has involved leading field operations and providing technical input to a wide range of projects including tunnel design and construction, foundation investigations, slope stabilisation, natural hazard assessment, and tailings dam assessments in Antarctica, West Africa, Canada, Fiji, Australia and across New Zealand.

Latasha completed her Bachelor of Science and PhD at the University of Canterbury. Her PhD research focused on optimisation of deep drilling for geothermal energy exploration. During the course of her research she published numerous technical papers, gained field experience on geothermal drilling rigs, performed in-depth laboratory analysis on rock behaviour & optical mineralogy and her results included the development of an equation to relate rock behaviour to drill bit selection.

Latasha has been assisting the Antarctic Infrastructure Modernization for Science (AIMS), and the Scott Base Redevelopment project, since 2016 and 2019 respectively. Several site-specific investigation programmes have been completed by WSP and Webster Drilling, using a specialised drilling technique to recover continuous frozen rock core samples at both Scott Base and McMurdo Station. The data collected and analysed has contributed to the design of major rebuild projects at both Antarctic field research bases.

Latasha takes pride in connecting young geotechnical professionals with senior members of staff for mentorship; in particular seeing them develop within their teams and take on leadership roles of their own. Latasha’s own strongly held values help reinforce existing initiatives within WSP, including diversity, equality and equity in traditionally male-dominated engineering roles.

Siouxsie heads up the Bioluminescent Superbugs Lab at the University of Auckland. There she and her team are on the hunt for new antibiotics as well as how bacteria become more infectious. Siouxsie firmly believes that science communication is an integral part of the research process and has received many awards for her efforts, including the New Zealand Prime Minister’s Science Communication Prize and the Royal Society Te Apārangi’s Callaghan Medal in 2013.

In 2019 she was appointed a member of the New Zealand Order of Merit for services to microbiology and science communication. When the pandemic arrived, Siouxsie joined forces with Spinoff cartoonist Toby Morris to make the science of the pandemic clear and understandable. Their award-winning graphics have been translated into multiple languages and adapted by governments and organisations around the world.

Siouxsie was named by the BBC as one of their 100 influential women of 2020 and was the Supreme Winner of the Stuff Westpac 2020 Women of Influence Award and Kiwibank New Zealander of the Year in 2021.